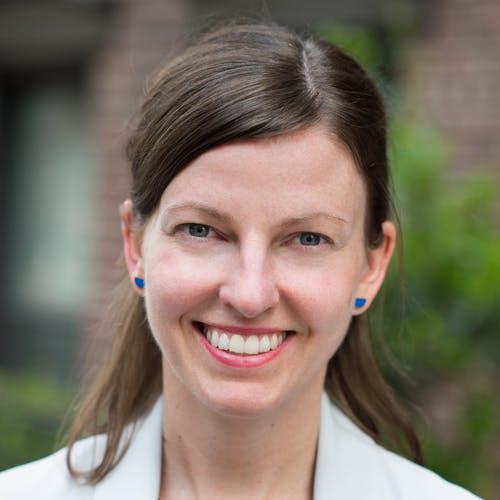 Kate has 20 years of experience in transportation policy and urban planning in the New York City metropolitan area. Before coming to RPA in 2016, she served as assistant commissioner for government and community affairs at the New York City Department of Transportation where she managed the legislative program for former Commissioner Janette Sadik-Khan, including the initial authorization of speed enforcement cameras.

Previously, she spent a decade at the Tri-State Transportation Campaign serving as executive director from 2007 – 2012. During her tenure at Tri-State, Kate successfully fought against cuts to public transportation, helped to secure millions of dollars in new funding for cycling, walking, and sustainable development projects, and received the EPA’s Environmental Quality Award in 2011. Kate started her career at the New York City Department of Parks and Recreation as an urban park ranger in Brooklyn, and has also worked at the Municipal Art Society and the Brooklyn Botanic Garden.

Kate has a master’s in urban planning from New York University and a bachelor’s in earth and environmental sciences from Wesleyan University and is an alumna of the International Honors Program. She is married and has two children.