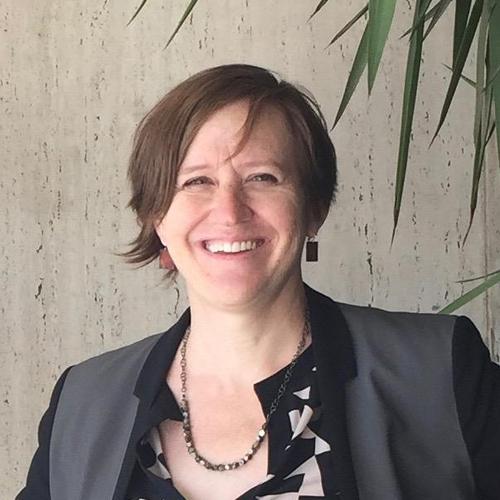 Linda Bailey is the Vision Zero Director for the District of Columbia Department of Transportation (DDOT). In her role, she leads efforts to accelerate and innovate traffic safety improvements throughout the District, and especially through DDOT projects.

Linda Bailey is the Vision Zero Director for the District of Columbia Department of Transportation (DDOT). In her role, she leads efforts to accelerate and innovate traffic safety improvements throughout the District, and especially through DDOT projects. Since beginning her work, the District has piloted its first large-scale road diet with temporary materials on Florida Avenue Northeast, reduced speed limits to 20 mph on local streets, and implemented over 20 miles of Slow Streets as part of its Covid-19 health emergency response. Prior to this position, she served as the executive director of the National Association of City Transportation Officials (NACTO), where she worked on policy initiatives based on member city priorities at the national and federal levels, which include everything from regulatory support for innovative design to automated vehicles. During her tenure as executive director and previously as an adviser, NACTO published three new national design guides, for bicycle facilities, urban streets, and transit-first streets. These publications enabled cities to hone best practices for building city streets that further each community’s vision for its future. Previously, she worked for the City of New York for seven years, on projects including vision zero, expressway removal, advocacy for better federal support of city transportation projects, and collaboration with the State of New York on federally funded projects. Overall, Linda has nineteen years of experience working on city and sustainable transportation policies, with work that has spanned research, advocacy, and implementation, always focusing on sustainability within the transportation sector. Her publications include Aging Americans: Stranded without Options; The Broader Connection between Public Transportation, Energy Conservation and Greenhouse Gas Reduction; and Improving Metropolitan Decision Making in Transportation: Greater Funding and Devolution for Greater Accountability. She also contributed to Mean Streets; Measuring the Health Effects of Sprawl; Clearing the Air; and Driven to Spend. Ms. Bailey has a Master’s Degree in Urban Planning from the University of Michigan.

If you'd like to get your brand in front of attendees following the categories this speaker is talking about (on this page, via email and during each talk) contact us.
We use cookies This website (and some of its third-party tools) use cookies. These are important as they allow us to deliver an exceptional experience whilst browsing the site. Learn more about our cookie policy. By closing this banner, scrolling, clicking a link or continuing to browse, you agree to the use of cookies. Accept
I need help
No I need help
No I need help