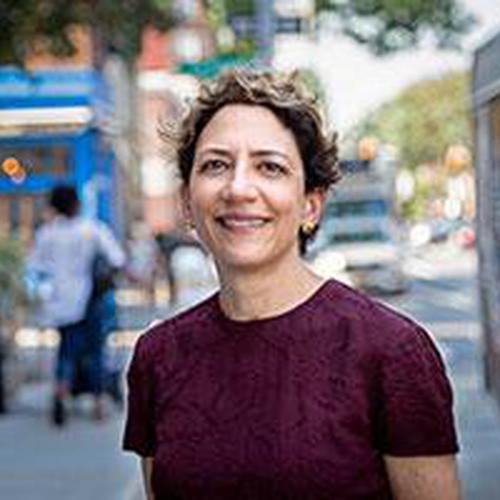 Appointed in 2014 by Mayor Bill de Blasio, Commissioner Polly Trottenberg leads one of the nation's largest and most diverse municipal transportation agencies, with 5,500 employees and a $17.4 billion 10-year capital plan.

Trottenberg has over 25 years of experience in the public sector, including most recently at USDOT, where she served as the Under Secretary of Transportation for Policy and developed key initiatives for the Obama Administration, including the groundbreaking TIGER discretionary grant program. Previously, Trottenberg was the first Executive Director of Building America's Future, a non-profit organization that advocates for increased investment in infrastructure and major transportation policy reform. On Capitol Hill for 12 years, Trottenberg worked for U.S. Senators Charles Schumer, Daniel Patrick Moynihan and Barbara Boxer, and began her transportation career at the Port Authority of New York and New Jersey.

She graduated from Barnard College and received her Master's in Public Policy from the Kennedy School of Government.

If you'd like to get your brand in front of attendees following the categories this speaker is talking about (on this page, via email and during each talk) contact us.
We use cookies This website (and some of its third-party tools) use cookies. These are important as they allow us to deliver an exceptional experience whilst browsing the site.